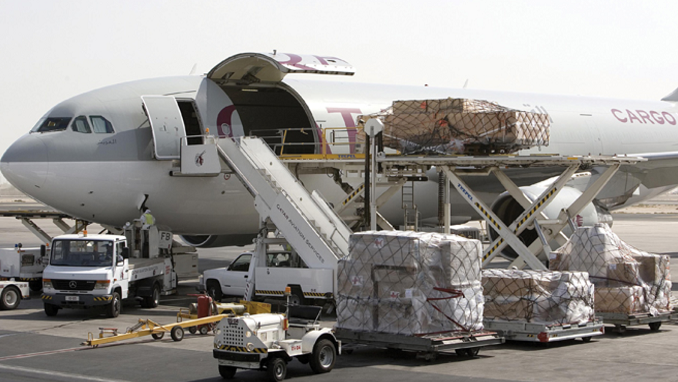 The role of air freight in India has developed immensely with advanced cargo infrastructure, digitalised cargo handling and collaborative partnership models that facilitate stakeholders multilaterally. Air freight is an important revenue generator and seemingly its 8 per cent growth in the past decade is being shadowed by the 12 per cent growth in passenger base for the same time period. The need of air freight and issues in storage space can be felt at its impact in the flow of supply chain.

Developments in air freight in India

Investments in airports and logistics might propel air freight in Chennai and in India owing to the expansion in industrial activity and international traffic which is accelerated by trade agreements, investments in expanding and developing airports and private sector participation in the same. Development of air freight stations (AFS) are part of these investments. These air freight stations are proposed to be set up at Mumbai, Ahmedabad, Pune and few other significant locations.

Preference for air freight and the space thus utilized is affected by its price factor since air freights are multiple times costlier than road transport and sea transport. The space utilized in flights pertaining to developed countries is affected due to lack of significant outbound flow. For instances when developing countries import high value consumer goods and export cut flowers, electronic parts and fresh fruits and vegetables, the inbound freight rates are higher.

The demand for ecommerce has propelled the demand for air freight services and is favoured than land and ship freight owing to its uninterrupted mode of transport. Such developments in ecommerce sector has made air freight in India to partner with third party logistics and warehousing.

Factors such as capacity shortages, peak season pressures and bright spot of consolidation affect air freight. In the recent times, the air freight in India is being pressurized by increasing demand that confronts shortages in terms of space and staff. Such dearth has created congestion in many airports, which echoes in warehouses too.

Metros and other cities contributing to air freight in India

Though concentrated in Delhi, Mumbai, Bengaluru and Hyderabad which reportedly handle 70 per cent of the cargo volume, the landscape appears to be shifting. Tier two cities like Kanpur, Ludhiana and Bhopal are increasingly contributing to online sales and such a demand potential is widely expanding in seemingly overlooked and less expected cities.

The air freight in India is charged in terms of gross weight or volumetric weight, whichever is more. Volumetric weight is calculated based on cargo space and this is how larger products which weigh less are calculated. Besides the size and weight, air freight charges are based on fuel charges, container freight station fees and costs occurred owing to airport security, airline handling, customs clearance and associated trucking.